Idler is a company devoted to helping people to lead more fulfilled lives. We publish a bi-monthly magazine, produce online courses and run live events. We want you to slow down, have fun and live well!

Read a sample issue of the magazine online by clicking here.

Back in 1991, bored to tears by his job, 23 year old journalist Tom Hodgkinson lay on his bed and dreamed of starting a magazine called The Idler. He’d found the title in a collection of essays by Dr Johnson, himself a constitutionally indolent man. How to live, that was the question. How to be free in a world of jobs and debt? And curse this alarm clock.

Tom was fortunately sacked from his job and started to sign on. He wandered across the road to where his old friend, designer and writer Gavin Pretor-Pinney lived. Gavin was the kind of person who could help Tom to realise this dream. And he did. In August 1993, the pair produced issue one of the Idler. It had the sub-title “literature for loafers”. Dr Johnson was the cover star and there was an interview with magic mushroom guru Terence McKenna. Contributors included a young journalist called Louis Theroux (pictured above at the Idler Festival, 2019).

The magazine has since enjoyed a number of incarnations. In the nineties it was published by the Guardian newspaper, then by Ebury publishing. Tom published the Idler as an annual collection of essays until 2014, then relaunched the mag in 2016.

The Idler Academy, founded at a festival in 2010, is the Idler’s educational offshoot. It is a school which offers online courses in the classical liberal arts and practical skills. From March 2011 to December 2015 we ran a small bookshop, café and event venue in Notting Hill.

The Idler Academy teaches philosophy, calligraphy, music, business skills, English grammar, ukulele, public speaking, singing, dancing, drawing, self-defence and other subjects. Here you can educate yourself in the ideas of Plato or learn the ukulele, either online or at an event or retreat.

The Idler Academy was born at a festival. Founders Tom and his partner Victoria Hull had always been festival-goers, and in 2008 they were invited by the founders of the Secret Garden Party to run a series of literary talks. They were given a yurt and built a medieval garden in the shade of a lime tree. They put on talks from Crass’s Penny Rimbaud, QI’s John Mitchinson, poet Clare Pollard and radical economist Andrew Simms.

In 2009 Tom and Victoria took the Idler Academy to the Port Eliot Festival in Cornwall. They have also appeared at Wilderness, Shambala, Byline and the Good Life Experience.

In 2018 they launched the Idler Festival in Hampstead, London.

Idler fans can now subscribe to the Idler Academy online course programme. There are over 60 courses with new courses are added each year. In 2019 the team launched the Idler Audio Channel with podcasts from Stewart Lee and more.

Tom was born in 1968 and was educated at Westminster School and Jesus College, Cambridge. He founded the Idler in 1993 and went on to join the Guardian newspaper in 1995 as a columnist and head of editorial development. He and partner Gavin Pretor-Pinney then quit to set up a creative consultancy and undertook editorial and advertising projects for Channel 4, Sony Playstation, Paramount Comedy Channel, John Brown Publishing, Mother ad agency and many more.

In 2002 Tom quit the commercial world and retired to a farmhouse on the coast of North Devon to write books. His first book How to be Idle was a global best-seller and was followed by How to be Free, The Idle Parent and Brave Old World.

He has also co-written The Book of Idle Pleasures (with Dan Kieran, later to launch crowdfunding publishing platform Unbound) and The Ukulele Handbook (with Gavin Pretor-Pinney).

The Idler team also produced the best-selling book Crap Towns, which was followed up by Crap Towns II, Crap Holidays and Crap Jobs.

Tom has published a number of pamphlets including his own We Want Everyone, a visionary 2008 attack on Facebook, and Dr Matthew Green’s history of the London coffeehouse. Tom also published old school style guide Gwynne’s Grammar in an edition of 100. It caught the eye of Random House who brought out a commercial edition. This astonished everyone by spending five months in the Sunday Times top ten and selling over 50,000 copies.

The Idler then launched the annual Bad Grammar Award and were pleased to find themselves attacked by journalist the late AA Gill and supported by Jeremy Paxman, who they’d met when they appeared on University Challenge.

In 2014 Tom returned to London to launch develop the Idler Academy both in the real world and online. In 2016 we relaunched the Idler as a print quarterly.

In 2017 we increased the magazine’s frequency to bi-monthly.

In 2018, we launched the Idler Festival at Fenton House in Hampstead, a 17th century merchant’s house owned by the National Trust.

Victoria Hull was educated at St Mary’s Ascot, St Paul’s Girls School and St Andrews University. Following stints as a teacher, a researcher, an assistant producer on documentaries and a TV development executive, she created The Clerkenwell Literary Festival in 1997. She mixed established names with new fresh talent and cross-art acts. The festival attracted young and urban crowds. In 2002 she moved to a farmhouse in North Devon and spent the next few years running a smallhold with her small children. They kept a menagerie including bees, pigs, ferrets, rabbits, cats, an old pony and working Labrador Retrievers which Victoria bred. In 2011 she launched the Idler Academy and now lives in London.

Alice Smith has been art director for the Idler since 2009. She is responsible for the art direction of the magazine and the various illustrations, decorations and borders that you will see on our site. 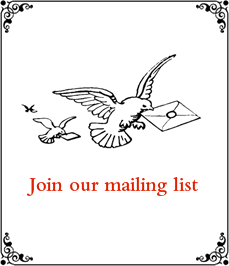 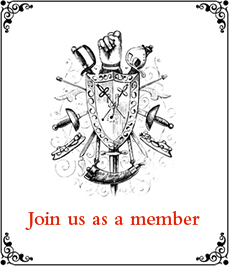 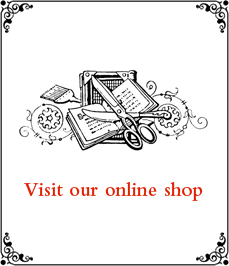