On 6 November 1217, two one-page parchments became the foundations of the British constitution. One was the Magna Carta – a revised, shorter version of the original Charter of Liberties of June 1215 that was never implemented. The other was the Charter of the Forest, which was to remain on the statute books for 754 years, longer than any other piece of legislation in Britain.

In 2015, when the then Minister of Justice Lord Faulks was asked in the House of Lords if there were similar plans to celebrate the 800th anniversary of the Charter as there had been for the Magna Carta, he dismissed the idea, saying it had been unimportant and uninfluential internationally. As this happened, a senior representative of the American Bar Association had just written to me to say it had actually been even more important in shaping the US Constitution than the Magna Carta.

For several hundred years, the Charter had to be read out in its entirety in all churches in England four times a year. It remained on the statute books until simply replaced in 1971 by the Wild Creatures and Forest Laws Act, which focused entirely on nature preservation, not the subversive rights of commoners.

The commons that it defines may be considered all our natural resources, along with natural things that could become resources, plus social amenities and services, inherited cultural institutions, common law and the accumulated body of ideas and knowledge. At its core is our environment. Land, forests, water, air, seabed and the minerals under the land do not originally belong to anybody. They belong to everybody, as commoners, as rough equals. 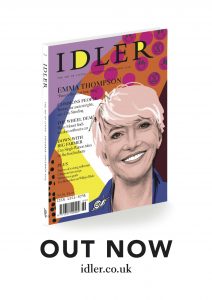 An aside: there are two interpretations of why the House of Commons is called what it is. One is that it arose as the third leg of government, alongside the monarchy (court) and aristocracy (House of Lords), where ‘commoners’ (essentially property owners) operated, voting money for the government. The other is that it was supposed to be the branch of government representing ‘communities’.

In the Middle Ages, the adage for defining a commons was whether or not it had been accepted as such since ‘time immemorial’. In 1623, this was legally defined as 20 years or more. So, to give a modern example, one can say the NHS became a commons in 1968. It belongs to all of us and to none – including the government. A key point of the Charter is that a commons cannot be sold or given away legitimately without the democratic consent of the commoners.

The trouble is, over the centuries, the commons have been systematically plundered. The process started in 1066, but has continued to this day, strikingly so in the Thatcherite era starting in the 1980s and then again in the austerity era since 2010.

This is an excerpt from a longer interview in Idler issue 69. You can find the magazine in shops or online

Book of the Week: The Price of Time